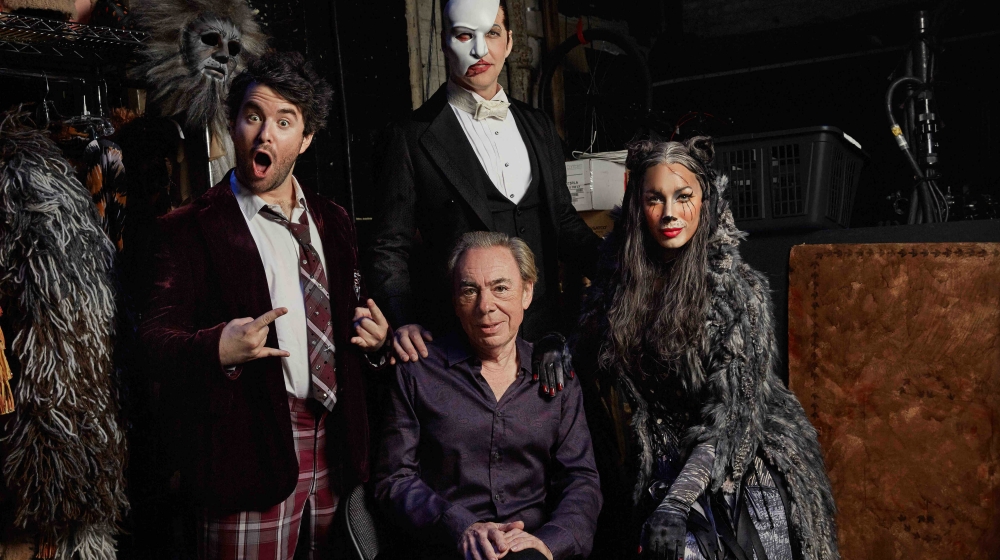 Moments before the curtain went up on the first-ever Broadway revival of CATS, the stars of Andrew Lloyd Webber’s productions came together to celebrate the legendary composer’s rare distinction of having, once again, three shows running on Broadway with a special photo. Lloyd Webber posed backstage at Broadway’s Neil Simon Theatre (250 W 52nd Street) with his three leading players, Tony Award nominated Alex Brightman (Dewey Finn in School of Rock – The Musical), James Barbour (Phantom in The Phantom of the Opera), and Broadway’s newest leading lady, Leona Lewis (Grizabella in CATS).

Don’t hesitate to see all three productions and be part of Webber’s ultimate fan club by booking your tickets now. This could be perfect for a long weekend, a magical Andrew Lloyd Webber musical for each day.