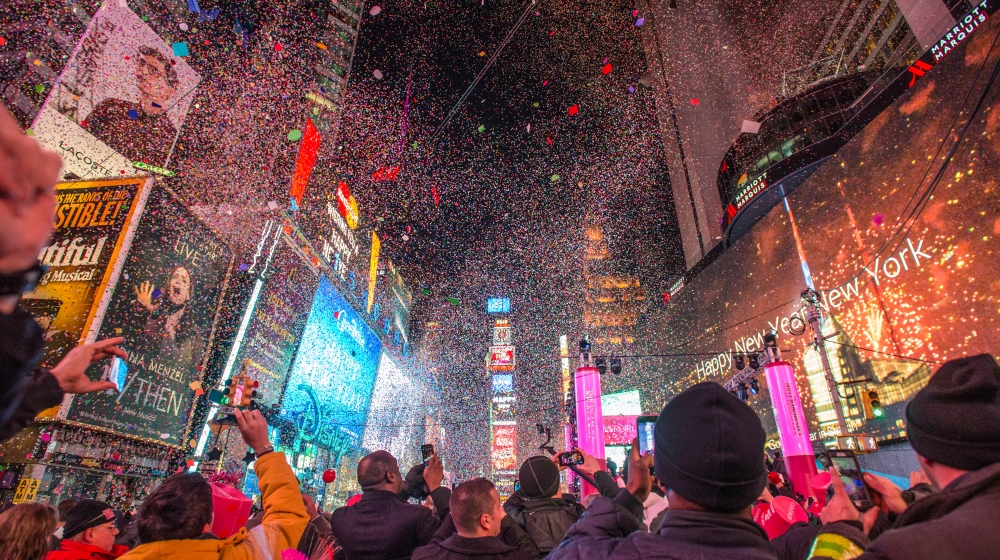 It’s no secret that Times Square is the place to be when celebrating New Year’s Eve in New York City. The combination of celebrity performances, the brilliant lights, the thousands of revelers, and the iconic ball drop makes this celebration the most famous in the world. People from around the world come to Times Square to share an unforgettable memory in the greatest city in the world.

Visitors to NYC who want to spend New Year’s Eve in Times Square definitely need to plan in advance to secure a prime viewing spot and have a great time, amidst the chaos.

But for those who wish to be in the heart of it all but escape the revelers packing the streets, catching a Broadway show is a fantastic alternative. As opposed to standing in the cold, travelers can sink into their cozy seat and enjoy the world’s greatest live entertainment. Broadway performances will continue to play on the afternoon of New Year’s Eve, including Aladdin, The Book of Mormon, and others.

Leaving the theatre, audience members will step outside into the heart of Times Square, beating the traffic and crowds for a night to remember. And for travelers who want to avoid the masses of people, yet still be a part of the action, the newly reopened Knickerbocker Hotel has an outdoor rooftop bar overlooking the ball drop and the crowds.

Travelers should book in advance to secure seats to the legendary Broadway musicals and fully enjoy New Year’s Eve in Times Square. If it’s too late to do so now, it is a great time to plan for next year!