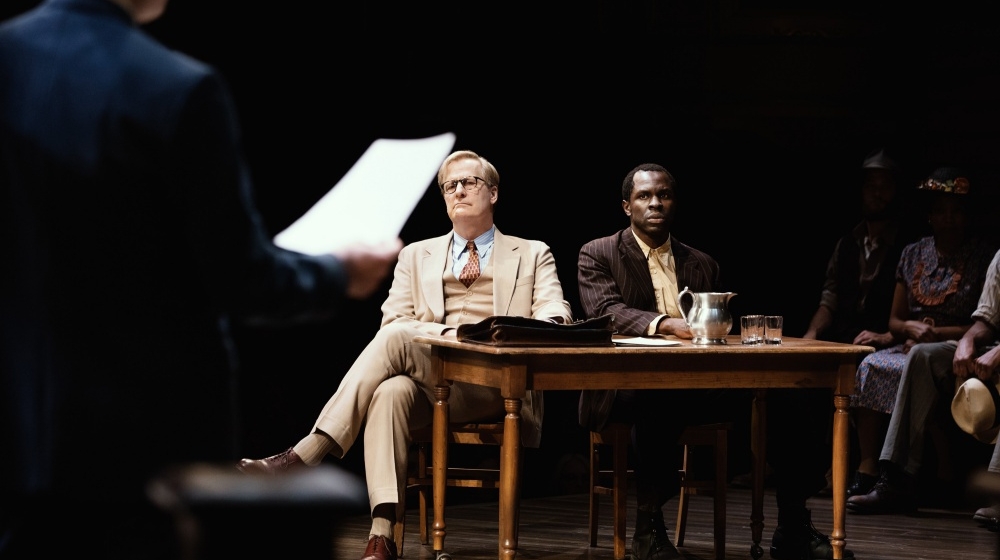 Listen: Why Aaron Sorkin Cut His Favorite Scene From ‘To Kill a Mockingbird’

Aaron Sorkin remembers treasuring a favorite scene in the novel To Kill a Mockingbird, and in the 1962 movie version that starred Gregory Peck. But you won’t find that scene in his hit Broadway adaptation of the title.

You probably know the one: It’s the scene in the courtroom, in which the African Americans all stand in silent respect for Atticus Finch. But Sorkin cut it from the stage version — and explained why the moment troubled him — on the latest episode of “Stagecraft,” Variety‘s theater podcast.

“I realized that what it was, was that those people … should be burning the courthouse down,” he said. “They should be rioting in the streets. They should be chanting, ‘No justice, no peace.’ But instead, they are standing silently, docile, in gratitude to the white liberal guy for being ‘one of the good ones.’” And that reaction informed how he went about giving “a quarter-turn of the wrench” to certain key elements and characters in the story, he explained, to fall in line with contemporary thinking. For the rest of the interview LISTEN HERE.