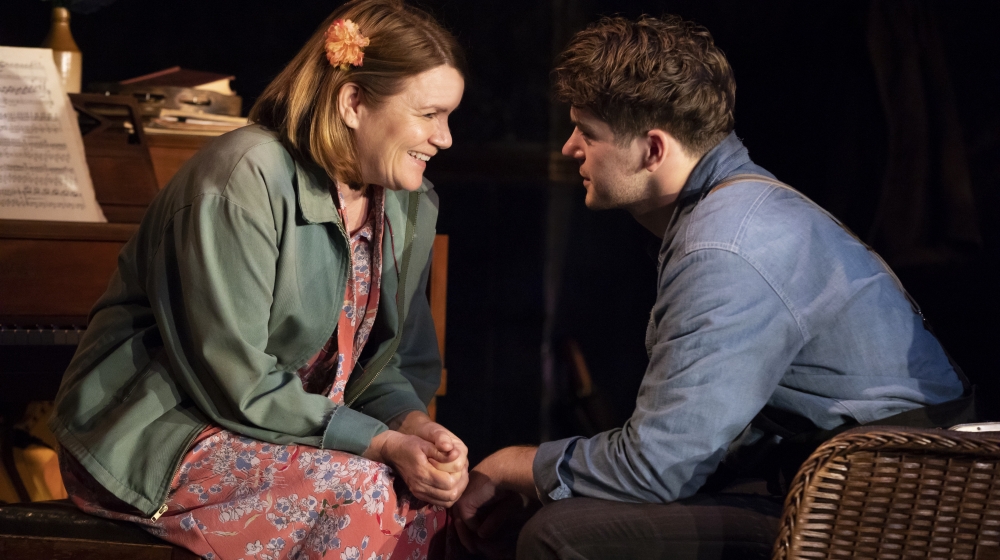 Five Things To Know About Girl From The North Country

This stirring new musical already made a name for itself during its pre-Broadway run. But what is Girl From The North Country about, and how does the show bring Bob Dylan’s legendary music to the stage? We sat down with writer-director Conor McPherson to find out…

Girl From The North Country interweaves the stories of the disparate people living together in a boarding house in Duluth, Minnesota in November 1934. “The owner and his family are trying to keep things together before the bank can foreclose,” explains McPherson. The guests include: a failed business tycoon with his wife and son, an ex-boxer hoping for a comeback, a bible salesman trying to con a dollar wherever he can, and a widow waiting for her husband’s will to come through. “We follow a climactic few days in all their lives where everything changes and nothing can ever be the same,” says McPherson.

2. Bob Dylan’s music takes you inside the minds of the characters.

McPherson has built a rousing world around some of his favorite Bob Dylan songs (although there are a few others he wishes he could have included!) “He can suggest the universal with a couple of words and take you to another world,” says McPherson of Dylan’s lyrics. “His songs are like walking on thin ice that’s always in danger of breaking through to darker depths.”

3. For McPherson, the staging is everything.

“The actors’ bodies moving in space, lit properly and with the right design, can tell you more about the dynamics between the characters than words ever could.” That’s why he likes to direct the premieres of his plays. He explains, “using music in a show like this… loosens the bonds between time and space and allows anything to happen… you’re offered almost infinite choices.”

It’s no secret that Girl From The North Country has already had acclaimed runs at both the Public Theater and in London’s West End, but there’s something different about Broadway. “Purely because of the very slim odds any show will ever make it there,” explains Mc Pherson. “I’ve been fortunate to have a few plays on Broadway in my career, but the older I get the more I realize how special it is to have your work on the Great White Way. It’s an honor.”

5. The show is not what you expect.

“I think that no matter what you expect this show will be different than what you thought,” says McPherson. “Bob Dylan is one of the most influential artists who has ever lived… his work is hugely spiritual, and the theatre is a spiritual place.”

There you have it. Five things to know about Girl From The North Country. Of course if you really want to understand what a show is about, you have to see it! Click on the show page link below to book your tickets now!

Tags: Girl From The North Country