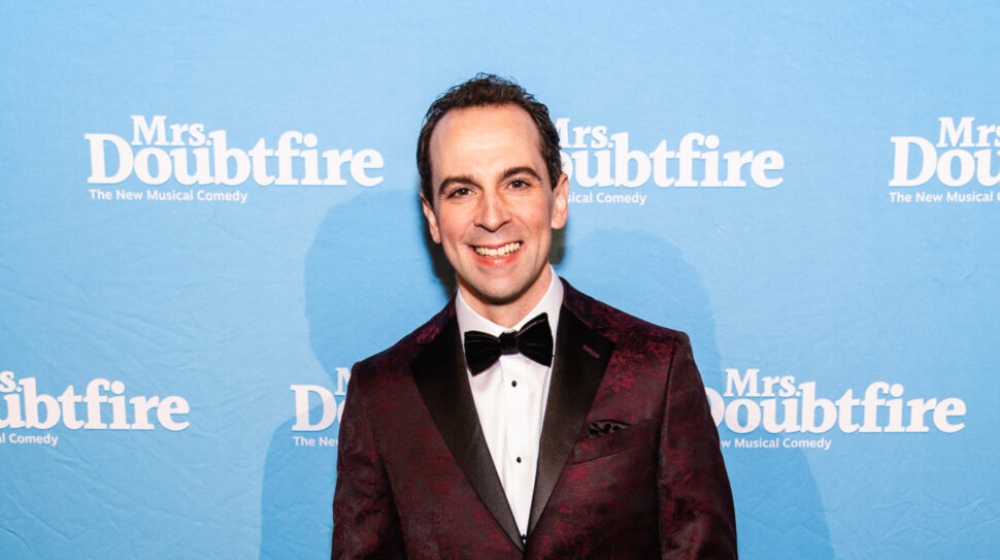 Rob McClure, nominated for Best Performance by an Actor in a Leading Role in a Musical for his work in the title role of the new musical Mrs. Doubtfire, believes this year’s awards season will not only celebrate all of the work of the nominees but also the resilience of the Broadway community following the Broadway shutdown.

“Anyone who is currently performing on Broadway, their show has been through insanity, … and our show is certainly no exception,” says McClure, also Tony-nominated in 2013 for his performance in the title role of the Chaplin musical. “Doubtfire has had a rough go [with] COVID shutting us down multiple times [as we’re] trying to build an audience. My hope is that everyone who has poured their heart and soul into Mrs. Doubtfire for the last three years feels a piece of themselves in this nomination, because I certainly feel all of that inside of it. And, I hope people come experience the brilliant show that I’m lucky enough to be a part of at the Sondheim.”

Despite the challenges of performing during an unprecedented time, McClure believes audiences need the shared experience of live theatre now more than ever…READ MORE