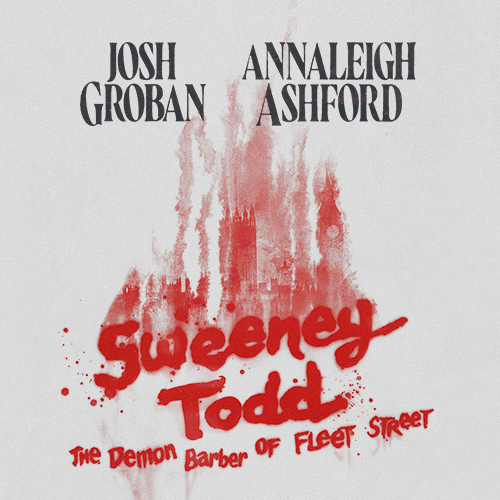 Stephen Sondheim and Hugh Wheeler’s landmark musical tells the tale of a resourceful pie shop owner and a vengeful barber out for blood. After he’s sent away by a corrupt judge, Sweeney returns to London years later seeking his long-lost family, and forms an unlikely partnership with Mrs. Lovett, who serves up pies underneath his former shop. Together, they wreak havoc on Fleet Street and serve up the hottest – and most unsettling – pies in London.

For the first time since 1980, Broadway audiences will experience Stephen Sondheim’s Tony Award®–winning score as it was performed in the original production—with Jonathan Tunick’s original 26-player orchestration on an epic scale. Tony Award–winning director Thomas Kail (Hamilton) helms the return of this musical thriller starring Tony and Grammy® nominee Josh Groban (Natasha, Pierre & The Great Comet of 1812) as Sweeney Todd, and Tony winner Annaleigh Ashford (Sunday in the Park with George, Kinky Boots) as Mrs. Lovett.