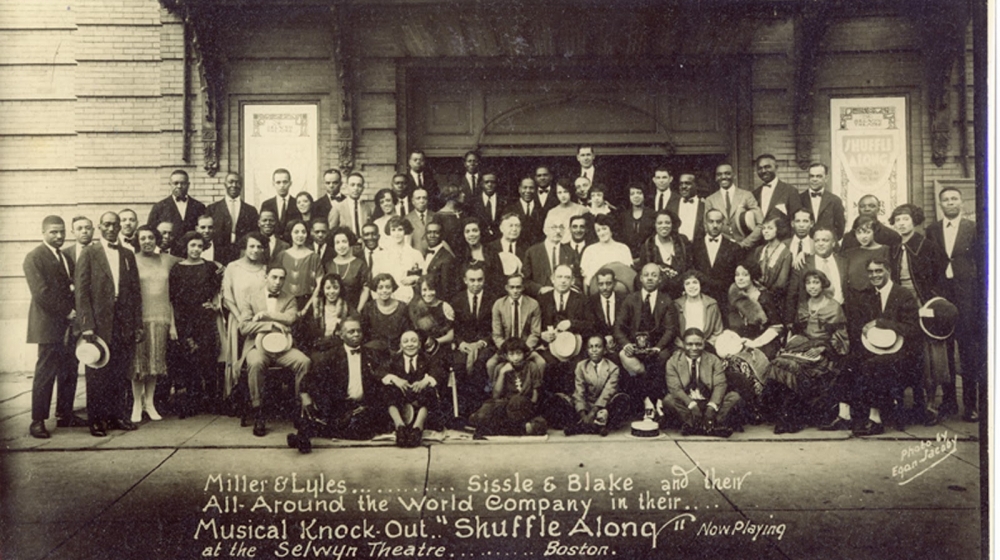 Shuffle Along: How a Broadway Musical Became a Part of African-American History

February is Black History Month, a time to celebrate the accomplishments of African-Americans in all areas of life, including on Broadway. And this spring’s star-studded Broadway production of Shuffle Along provides a great reason to celebrate. Shuffle Along or The Making of the Musical Sensation of 1921 and All That Followed—that’s the full title—is a meta-musical about the creation of one of the first successful Broadway shows written by and for African-Americans.

This isn’t your ordinary Broadway revival of a lost and largely forgotten show. Audiences will be delighted by the original score by Noble Sissle and Eubie Blake and book by Flournoy Miller and Aubrey Lyles. But this new musical takes it to another level, with a new book by two-time Tony®-winner George C. Wolfe, examining how the 1921 musical came to be, as well as the legacy it left for African-Americans and Broadway as a whole.

Beyond the jazz score, which introduced numerous Roaring ‘20s hits like “I’m Just Wild About Harry,” and new choreography by Tony-winner Savion Glover, this musical is a look back at a moment in American history, African-American history, musical history, and the American theatre when something truly exciting happened.

Of course, the success of Shuffle Along was not a foregone conclusion. When the original musical came to Broadway in 1921, it had suffered through a grueling national tour that left the production $18,000 in debt—a fortune for the time—and it opened in an out-of-the-way theatre. A lot of people didn’t think the show had a chance. But with the creative team’s vaudeville background, they were able to craft a comic storyline that spoke to the mainstream tastes of the day.

As the show picked up steam, it began to make some revolutionary changes to Broadway. Harlem historian James Weldon Johnson noted that black audiences at Shuffle Along were permitted sit in the orchestra, rather than being relegated to the balcony, and that the show portrayed the African-American love story as sophisticated.

But in appealing to the masses, Shuffle Along also was forced to reflect the inequality of the time. According to theatre historian John Kenrick, the musical—as it originally played—would be considered offensive by today’s standards. “In a bow to minstrel tradition, the African-American actors darkened their skin with blackface makeup, and most of the comedy relied on demeaning racial stereotypes,” he wrote. “Each of the leading male characters was out to swindle the others, and the show ended with a song explaining that the lighter the skin tone, the more desirable a [black] woman was.” This new production allows us to view those issues through a different lens.

Beginning on March 15, audiences at the Music Box Theatre will get to experience this revolutionary musical, along with a glimpse into a time in Broadway history when everything changed. Better still, this new production comes with a cast and creative team of Broadway royalty: In addition to rewriting the book, George C. Wolfe will also direct, working with Savion Glover for the first time since Bring In da Noise, Bring In da Funk shook Broadway up 20 years ago. Onstage, six-time Tony Award winner Audra McDonald aims for a seventh, joined by Tony winners Brian Stokes Mitchell and Billy Porter, alongside Tony nominees Brandon Victor Dixon and Joshua Henry.

As we take time to recognize, celebrate, and study Black History Month, it is important to include the accomplishments of African-Americans on Broadway—past and present. Shuffle Along is a unique opportunity to pay homage to one of the great African-American musicals of yesterday, while experiencing the explosive talent of some of today’s most esteemed stars.