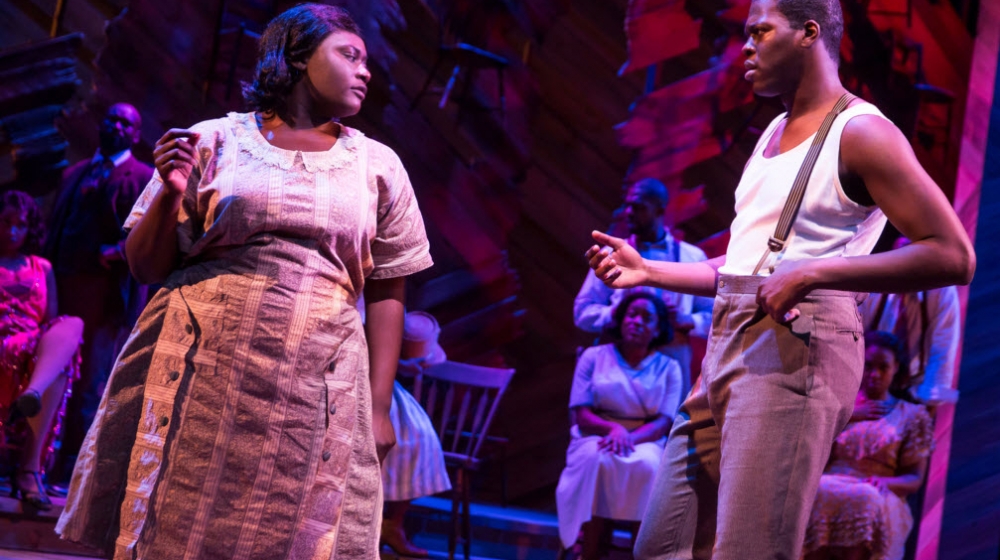 Behind the Scenes Interview with Danielle Brooks from The Color Purple

Danielle Brooks, Tony Award® nominee for Best Featured Actress in a Musical, made her Broadway debut with the revival of The Color Purple, the 2016 Tony winner for Best Musical Revival. Just like her fierce character, Sofia, Brooks refuses to accept social norms and dares to be different. We sat down with her at Refinery 29’s Every Beautiful Body event prior to her departure from the musical to discuss all things Broadway, from how it felt to receive a Tony nomination to the legacy she hopes to leave behind on the Great White Way.

A recurring theme in The Color Purple is the strength of women when faced with adversity. As an African American actress, Danielle has experienced this first hand, and is a part of a large group of kick-ass women who have increased the representation of diversity on Broadway.

“I love doing theatre that tells a powerful story. Every night we perform with dignity and grace and really pull in from our ancestors to tell this story, because it’s about them. The struggle of the African American woman and man is told every night, and this story shares the legacy of our people-their hopes and dreams. ”

Not only does Broadway inspire Brooks, but NYC itself does as well.

“New York City is unlike any city in the world; you have people traveling from all over the world to find their dream here in the city. Travelers should strive to be creative, to follow their dreams, and make this grand city their own.”

Danielle’s role in The Color Purple not only earned her a Tony nomination, but also gave her a platform to raise awareness of issues she’s passionate about and leave behind a legacy.

She says, “For me, I hope people walk away from the show knowing I gave all of myself for them to receive their healing, because that is what theatre is all about. People who don’t even know each other are holding hands and are exchanging their stories of their past and struggles they’ve endured.”

The Color Purple tells the epic story of a young woman’s journey to love and joy in the American South. After performing as one of the original “Church Ladies,” Carrie Compere has officially assumed the role of Sofia. Book your tickets now to catch this unforgettable musical before its departure on January 8th!