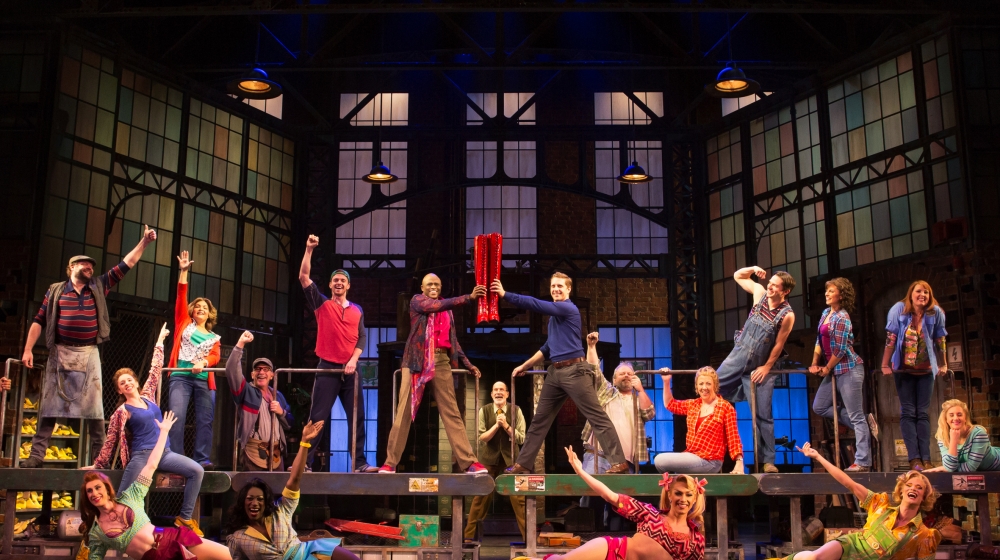 Broadway musicals have an extraordinary ability to connect people. The experience of seeing a live show, all together in a theatre, unites the performers and staff with audience members of all types and from all walks of life.

For those lucky enough to encounter the best live entertainment in the world, Broadway leaves a lasting impact on lives, not only of the audience members, but also on the lives of the thousands of people who work to make the magic happen.

Our My B’way Story initiative has allowed us to document the experiences of theatregoers, travelers to NYC, students, group buyers, and more—uncovering why and how Broadway affects people. And some of the most interesting tales are from industry professionals; we recently connected with Janice Rodriguez, whose family has a unique Broadway legacy stretching across four generations.

Rodriguez has spent her life in the Broadway universe, and an important link in a family chain of Broadway enthusiasts.

Born and raised in New York City, Rodriguez spent her early years accompanying her mother to work whenever she had the chance. Some might find that prospect boring, but then again, most moms are not an usher for the long-running Broadway musical The Phantom of the Opera.

Decades later, after having been instilled with a passion for Broadway in her tender, formative years, Rodriguez followed in her mother’s footsteps, and landed a job as an usher at the Circle in the Square Theatre on 50th Street.

With a passion for her role in the theater community, she has worked as Chief Usher for 30 years and is now an usher for the Tony®-winning Best Musical Kinky Boots at the Al Hirschfeld Theatre, which recently celebrated 1,500 performances!

But the Rodriguez family’s love of theatre doesn’t end there! Today, Janice’s daughter is continuing the legacy, serving as an usher for Something Rotten! at the St. James Theatre on 44th Street.

And although they are not yet of age to take part in what has become the family business, Janice’s two grandkids enjoy attending Broadway shows with their grandmom, creating special memories of the theatre just like she did in her childhood.

Rodriguez has a keen understanding of the multi-generational appeal of Broadway and encourages families to see shows together. Upcoming shows like Dear Evan Hansen, Charlie and the Chocolate Factory, and Anastasia, along with existing musicals like The Lion King, Aladdin, School of Rock, Wicked, and Cats, are perfect ways for parents to instill a love of the arts in their kids.

In addition to stretching across generations, Broadway welcomes and appeals to visitors of all backgrounds. Aligned with that philosophy of total inclusion, Janice’s advice to NYC travelers: be sure to see a performance of Kinky Boots!

About her current show, Janice adds, “People want to hug you when they leave the theater, they are so filled with joy.”

Her fellow usher, John Baker, chimed in to concur, “Kinky Boots introduces complex concepts that are not openly discussed, and this show helps break down barriers.”

So, what’s your Broadway Story? What musical have you seen or experience have you had that left a lasting impact? My B’way Story eligibility, entry instructions, and prize descriptions are available here.