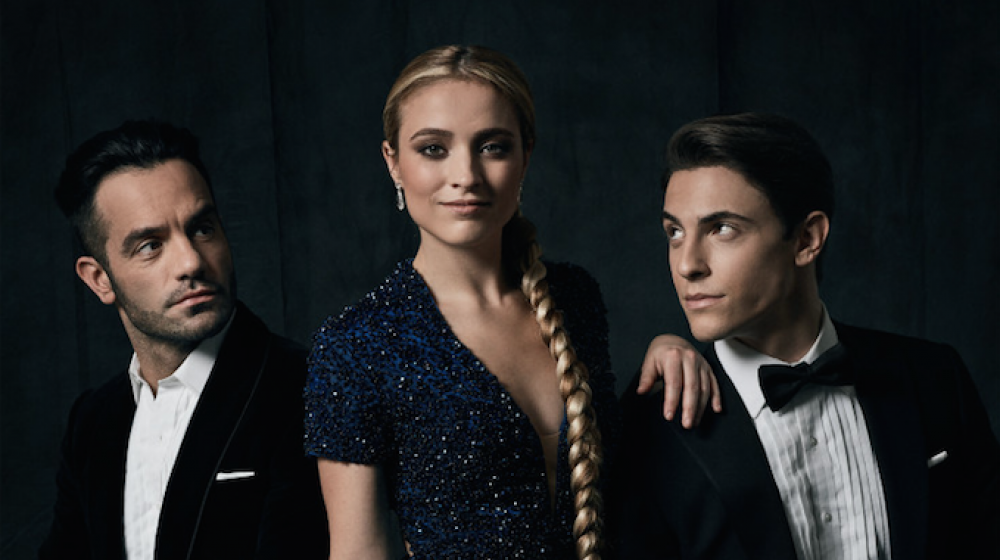 Meet The Cast of Broadway’s Anastasia

As the cast and crew of Broadway’s Anastasia prepare to debut the beloved story (based on the 1997 animated film as well as real historical events), we have been given our first look at the three leads. In this gorgeous portrait taken by Nathan Johnson, we see Anastasia herself (Christy Altomare) in the center, flanked by Ramin Karimloo on the left and Derek Klena on the right. The musical, with a score by Lynn Ahrens and Stephen Flaherty (Once on This Island, Ragtime, Seussical) and a book by Terrence McNally (It’s Only a Play, Catch Me If You Can), begins previews March 23, 2017 at the Broadhurst Theatre.