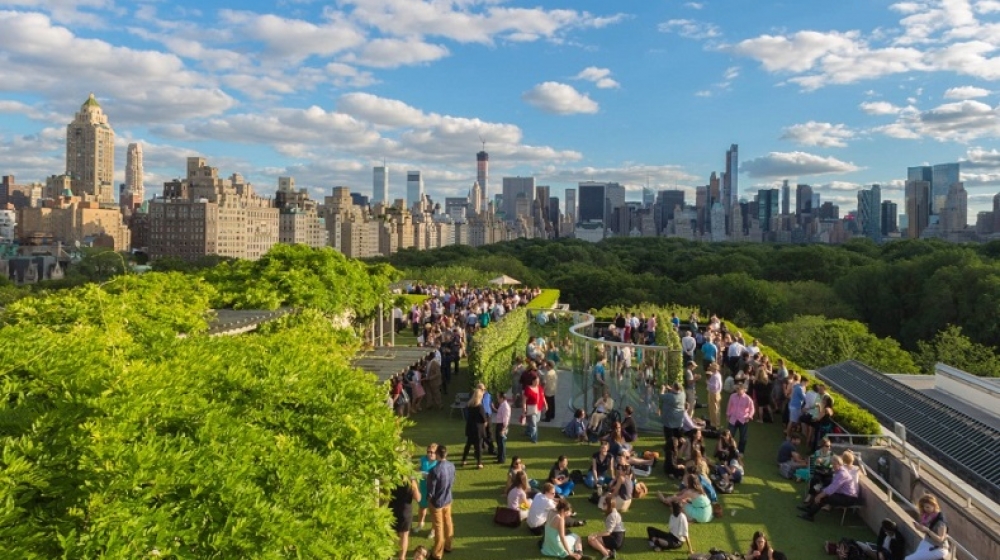 The Livin’ Is Easy: Summertime in New York City

New York City in the summer is often hot and often crowded, but it is also intoxicatingly alive. There’s a kind of exuberance in the air that suddenly makes Gershwin’s Rhapsody in Blue make sense. (Go ahead and listen to it while you read the rest of this article. We’ll wait.)

We could write endless paragraphs about all the unique opportunities that visitors to New York have during the summer months, but we’ve made a list of some of our favorites below.

Since the kids are on summer vacation, it’s an ideal time to have fun with the whole family at a Broadway show. Summer school doesn’t sound so bad when you’re taking classes at School of Rock, and the candy confections at Charlie and the Chocolate Factory are perfect treats for some summer fun. Meanwhile, Broadway mainstays like The Lion King, Aladdin, and the new revival of Cats are some of the best shows to introduce your little ones to the magic of live theatre.

Of course there’s more to summer in the city than Times Square and Broadway, like NYC’s fun and popular beaches. Visit Coney Island, just like they do in On The Town. Spend a day at the beach, grab a Nathan’s hot dog, and ride the historic Cyclone roller coaster or Wonder Wheel. If you’re looking to beat the crowds, take a cue from Neil Simon and set up at the nearby Brighton Beach, which is often less busy.

After a hot beach day, you might want to cool off in a Broadway theatre. Even though these theatres are air-conditioned, the shows are hot! Check out On Your Feet! and be transported to Miami with its delicious Latin sound. The heat is definitely on in Miss Saigon, with a star turn at its center by the 21-year-old Tony® nominee Eva Noblezada. If you want to dance the night away, put on your red heels and go see Kinky Boots, now starring Panic! at the Disco’s Brendon Urie.

This summer also boasts fresh new plays for the politically-minded theatregoer. 1984, starring Olivia Wilde, is now on Broadway in an eerily relevant adaptation of the landmark dystopian novel. Right next door, Michael Moore wonders, “Can a Broadway show take down a sitting President?” as he begins his one-man show The Terms of My Surrender.

After taking in a show, there’s nothing better than a stroll on a summer night in New York City. Grab an ice cream cone, visit one of the many street fairs that pop up during the summer, or take advantage of the Citi Bike rental program. Walking or biking through New York can mean stumbling into a picturesque neighborhood you might not have sought out on your own.

All of that walking will surely work up an appetite. Luckily, NYC’s sidewalks are transformed in the warm weather by outdoor seating, where you can eat and people-watch. Check out Madison Square Eats for some of New York’s favorite food trucks. Don’t miss the mecca of Instagram-ready summer cuisine: Smorgasburg, which introduced the world to the ramen burger, the raindrop cake, and this year, the spaghetti donut.

Now that you’ve filled your belly, fill your heart with some of the greatest musical theatre of the past 50 years. The new musical Prince of Broadway focuses on the staggering contributions of director and producer Hal Prince, and features musical numbers from West Side Story, Fiddler on the Roof, Cabaret, and The Phantom of the Opera, to name a few.

There’s so much more to do. Check out Lincoln Center, with its gorgeous fountain and world-class performances. Walk along the High Line or the scenic waterfront of Hudson River Park. Late night is the perfect time to venture to the top of the Empire State Building, which is open every night until 2am. From the 102nd floor, a summer night transforms the city below into a sparkling jewel box.

It’s impossible to get bored in NYC in the summer. With so much to do, start by picking your show, and put together an unforgettable New York adventure.

Tags: Aladdin, CATS, Charlie and the Chocolate Factory, ON YOUR FEET!, School of Rock, The Lion King