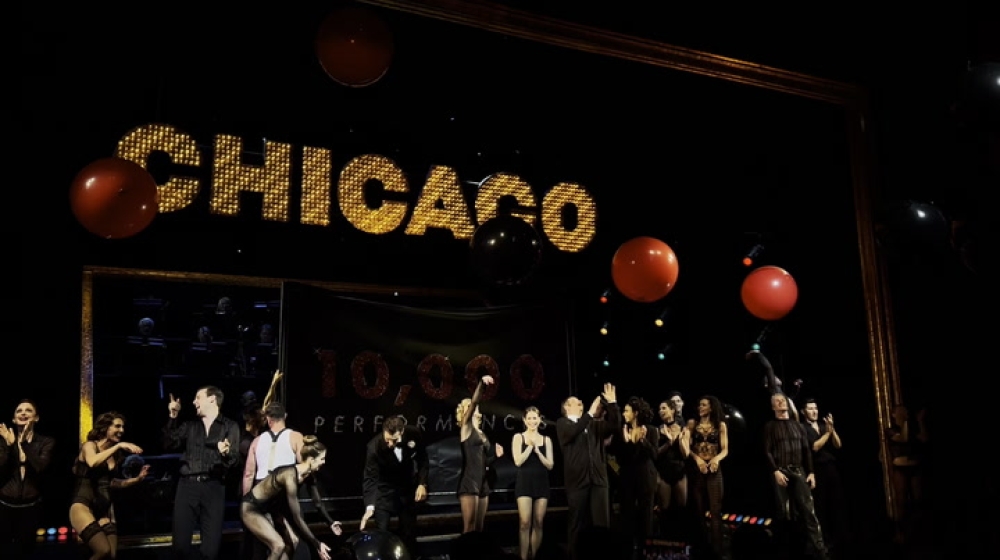 They just can’t do it alone! The long-running, Tony-winning Broadway revival of Chicago, which celebrated its 25th anniversary last fall, marked another milestone by playing its 10,000th performance. It is now the second-longest running show in Broadway history, and the longest-running American musical in Broadway history. That’s certainly cause for celebration! The company celebrated the milestone with a special curtain call following the June 23 performance at the Ambassador Theatre.