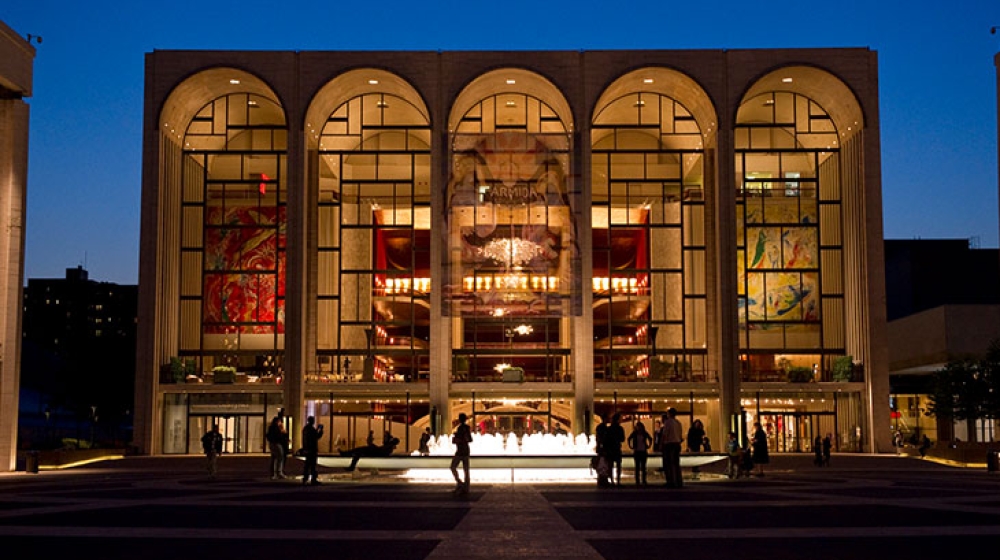 Celebrate the Holidays at (and around) The Metropolitan Opera

There’s nothing like spending the holidays in New York City, and nowhere feels more like NYC than Lincoln Center and the streets of the Upper West Side. So what to do?

Of course there’s the 96th Annual Macy’s Thanksgiving Day Parade, which this year takes place on Thursday, November 24. Get great views alongside real New Yorkers (and a few celebs) on Central Park West, or go the night before and check out the floats as they’re inflated.

Starting December 2, you can shop the beautiful and festive Columbus Circle Holiday Market, which has goodies and gifts for all ages from more than 100 vendors. After you ‘re finished shopping, it’s time to head to Lincoln Center, the real holiday treat for all your senses.

The Metropolitan Opera is a vibrant home for the most creative and talented singers, conductors, composers, musicians, stage directors, designers, visual artists, choreographers, and dancers from around the world. They have a holiday lineup that is sure to dazzle all, from opera aficionados to novices.

We would be remiss not to start off with The Met’s holiday presentation of Mozart’s The Magic Flute. Directed by Tony Award® winner Julie Taymor (The Lion King) this holiday version is edited down to just over 90 minutes to make it accessible for families, and it’s sung in English. A sublime fairy tale that moves freely between earthy comedy and noble mysticism, The Magic Flute was written for a theatre located just outside Vienna with the clear intention of appealing to audiences from all walks of life. The story is told in a singspiel (“song-play”) format characterized by separate musical numbers connected by dialogue and stage activity, an excellent structure for navigating the diverse moods, ranging from solemn to lighthearted, of the story and score.

Next up is the magnificent classic production of Verdi’s Aida. This one is great for first time opera goers and is the grandest of grand operas. Set in ancient Egypt and packed with magnificent choruses, complex ensembles, and elaborate ballets, Aida never loses sight of its three protagonists. Few operas have matched Aida in its exploration of the conflict of private emotion and public duty, and perhaps no other has remained to the present day so unanimously appreciated by audiences and critics alike.

Lastly is another Verdi opera, Rigoletto, directed by Tony Award® winner Bartlett Sher (South Pacific). A dramatic journey of undeniable force, Rigoletto was immensely popular from its premiere and remains fresh and powerful to this day. The story, based on a controversial play by Victor Hugo, tells of an outsider—a hunchbacked jester—who struggles to balance the dueling elements of beauty and evil that exist in his life. For those attending this production, you’ll see two artists make noteworthy Met debuts: tenor Benjamin Bernheim as the promiscuous Duke of Mantua, and Maestro Speranza Scappucci on the podium.

So when you’re thinking about the holidays in New York, think about The Met and the beautiful area around Lincoln Center. These are just some of our recommendations, all of which you can purchase tickets to by clicking here.